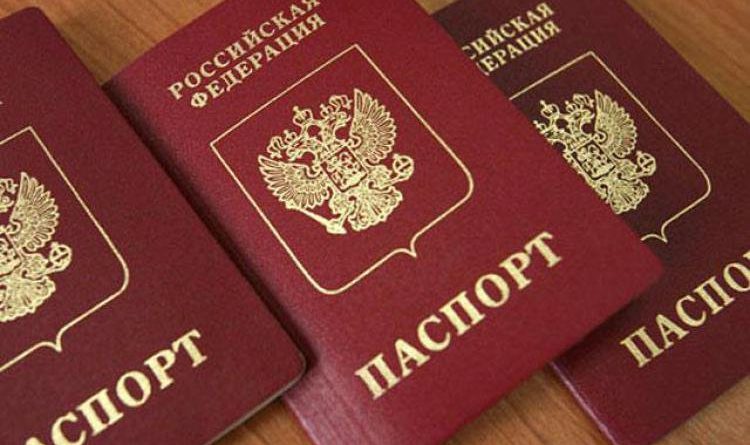 Every Russian citizen has domestic passport – the main document for identification of a person. This document is used also for domestic travel and includes main data about the person: date of birth, registered address, place of birth, marital status, kids (if they are under 18), military service (for men). Every person in the age of 14 gets his first domestic passport and it should be renewed at the ages of 20 and 45.

Domestic (internal) passport number of Russian citizen has 10 digits.
First 4 digits help us in identification of the region where the document was issued. For numbering regions Russian authorities use OKATO codes, available on the net (e.g. at http://www.klassifikators.ru/okato).
6 last letters – unique number of the document. Comparatively with INN (TIN) of the company, passport of a private person can be hardly checked for validity because there are no control numbers in the document. Recently it was proclaimed that domestic passport of a Russian citizen can be checked in open for public governmental database but yet this source works with limitations and in Russian language only.

Anyway, if you need to check validity of Russian passport follow these simple rules:
1. If the document was issued before the owner was at the age of 14 it is definitely a fake
2. If first two digits doesn’t correspond to the place of issuing – it is a fake
3. If the person is 46 year old or elder but his passport wasn’t renewed – this document is to be considered invalid
4. Deeper examination requires professional support and you are welcomed to check if we can help you with the case

International passport is used for traveling abroad and commonly known for every foreigner who makes business with Russians. General description of this document can be found at Wikipedia http://en.wikipedia.org/wiki/Russian_passport. I think this explanation is good and there’s no reason to repost this article.

Also if you are dealing with historical background check or human due diligence researches, there is a chance that you will face a challenge of Soviet passport validation and analysis. Soviet passport format was pretty complex: eg. XXVI-AK ######. Latin numbers and two letters indicated the region of issuing (but it is hard to identify the region because several combinations of letters were used for identification of central regions).

We can help you in background check of Russian individuals.
Get in touch for a free quote.