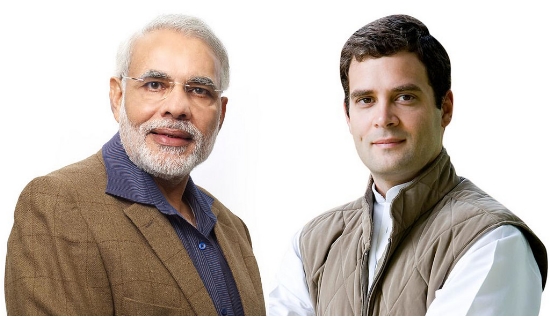 Last year SA WEST worked a lot in India. Collecting intelligence for our clients we had no choice but to monitor trends and study the interactions between governmental institutions of India and ordinary people; trace informal understanding between the government, large local business and global corporations.

The country needs foreign investments as well as breakthrough projects to bridge the technology gap between India and developed countries.
Political stability is critical for success of the country in the long-term perspective.

India is the most developed democracy of the East. To the opposite of many other countries, Indian elections are independent from the government. The same time, high illiteracy rate in certain regions and great divide between rich and poor make Indian society highly vulnerable to manipulation of spin doctors and political populists. And furthermore, tensions between global powers and attempts of the West and China to increase their influence in the region rises concerns in potential attempts of these powers to influence election outcomes. That’s why forthcoming Indian state elections of 2019 drew attention of global corporations working in this country or planning to enter Indian market.

Results of December Assembly elections showed that positions of Modi’s government are not as solid as they seemed to be and political landscape of the country is currently characterized by a considerable degree of vagueness.

In this article which is based mostly on publications of Indian media and Election commission of India we share results of December 2018 Assembly elections and its brief analysis.

The elections are widely considered crucial to the ruling National Democratic Alliance and the opposition United Progressive Alliance in lieu of the upcoming general elections in 2019.

In seven of the eight states that went to polls last year, the Bharatiya Janata Party was in direct contest with the Indian National Congress.

Election results in the states of Karnataka, Madhya Pradesh, Telangana, Chhattisgarh, Mizoram and Rajasthan are considered a barometer of the pulse of the public before the general elections of 2019. Elections to the upper house where the ruling National Democratic Alliance does not command a majority are expected to strengthen its position.

In December 2018 in 4 states of India elections to the Vidhan Sabha or the State Legislative Assembly took place.

Results, published by Election commission of India the 12th of December, had risen a lot of concerns both in Indian society and abroad – Modi headed Bharatiya Janata Party showed weak results, BJP lost 100+ seats in Vidhan Sabha.
The Congress overcame BJP in Vidhan Sabha (see the diagram below) and initiated talks about possible defeat of BJP in upcoming 2019 general elections:

Detailed statistics based on the data of Election commission of India:

World media, including BBC news and New York Times paid a lot of attention to these elections [usually Indian Assembly elections are not in focus of international media].

It seems that there’re sides interested in weakening Modi’s positions in negotiations with world leaders. We conducted brief search on leading news-media of G20 and would like to indicate that German, Russian, Argentinian and Chinese media totally ignored these elections and defeat of BJP in 3 states of India; Japanese media provided very brief notes, some reprints of BBC and NYT were shared by news media of Israel, France and Italy.

Indian media opposing BJP are partially owned and/or controlled from abroad. Chances that local difficulties of BJP have foreign roots are very high.

Whatever it is, Vidhan Sabha elections showed that the strategy that Modi had followed in 2017-2018 was quite risky: social tensions are rising, and BJP has no choice but to search for the coalition with minor parties of India. Luckily for BJP, it has stronger relations with minor parties comparatively with the Congress. The same time development of the situation will go hand in hand with BJP capabilities to give and keep promises to these minor parties (especially to Telangana Rashtra Samithi, that won 88 seats in Vidhan Sabha). Alliance between BJP and Telangana Rashtra Samithi was discussed in November and first days of December 2018. Soon after publication of elections results, Telangana Rashtra Samithi announced that it will not form a coalition with the Congress. During the election race, BJP tried strengthening its positions in Telangana with the message “Telangana Rashtra Samithi is appeasing Muslims and not correspond values of Telangana’s citizens”. TRS leaders hadn’t forgotten these accusations and in mid-December denied plans of forming an alliance with BJP. Now it is Modi’s responsibility to bring TRS to the negotiating table and at least coordinate plans of BJP and TRS.

Consequences of this defeat of BJP are very much overestimated by foreign media.
BJP has a lot of moves to make before general elections and there’s no reason considering results of Vidhan Sabha elections in several states as the indicator of possible electoral defeat of the PM Modi and his party in 2019.

The last comparatively independent survey, conducted by Indian media in late November 2018, put PM Modi as the premier of choice for 34 percent of voters. That popularity is likely to help him to a second term, even if he returns without his single-party majority and needs to lean on coalition allies.

Rahul Gandhi, President of the Indian National Congress: “It is a reality that the Rafale deal was marred in corruption. The Prime Minister was elected to solve the issue of unemployment and corruption, but the PM is not able to respond. He is unable to take the pressure that is coming from the Opposition. India is facing a job crisis, he should resolve it.”

“The BJP has a certain ideology and we will fight against it. We have won this election, we will also win in 2019. However, we do not want to get rid of anyone.”

“Demonetisation is a scam, we have been saying that. Other than attacking the current dispensation, we would be setting the architecture for a new vision.”

Narasimha Rao, BJP upper house lawmaker and party spokesman: “We will undertake a serious review and introspection as we always do after every election. <…> Unlike in the rest of the country, the BJP fought in these elections under the leadership of our experienced chief ministers. The results will be highly favorable in the Lok Sabha polls as the focus will then be on Prime Minister Narendra Modi.”

Prashant Kishor, Indian political strategist, former head of Citizens for Accountable Governance (CAG), an election-campaign group that helped BJP to win an absolute majority in the 2014 Lok Sabha election: ”I do not think there is any cause for alarm for BJP. Prime Minister Narendra Modi is still the most popular leader in the country. The BJP today may not appear as formidable as it was in 2014 but it remains much stronger than it was in 2004 – when it lost power, and in 2009 – when it failed to wrest power (from the Congress)”.